Windsor Castle, Stonehenge, and Oxford are great places to visit—but I wouldn’t recommend the tour we took there.

I found it on Viator, which I often use to book day trips outside the city I’m staying in. It’s an online marketplace for guided tours and sightseeing passes from tour companies worldwide.

I came across five day trips going to Stonehenge from London. Each one featured a different combination of places. I chose this one because:

And so we booked the Windsor Castle, Stonehenge, and Oxford Custom Day Trip. At $120 per person ($82 tour, $38 admission fees), the day trip was reasonably priced for London. It had an average rating of 4.5 stars.

Note: This post is a review of the tour we took. I talk about the places themselves in this previous post.

All in all, I don’t recommend this tour. Here’s why:

The tour company, Evan Evans, said they would pick us up at a hotel that happened to be just down the street from our Airbnb. When the day came, we bought breakfast to go at a nearby McDonald’s and arrived at the hotel 10 minutes early. We waited for 15 minutes—me on the curb, N- in the lobby. I called Evan Evans to check on their status. The agent told me the driver had already left.

She implied that we hadn’t been there at the agreed-upon time. We hadn’t seen the driver or the bus. I bet the driver came too early, waited five seconds, and left.

They had my UK mobile number from the booking. They could easily have called me when the bus arrived or after it left, but they didn’t.

Fortunately it was an arrangement where the bus takes you to a terminal, after which you transfer to another bus for the actual tour. We hurriedly took the subway and made it to the terminal on time.

2. The boarding process was disorganized.

We were directed by different Evan Evans agents to Platform 5, then Platform 1, then Platform 21. Eventually we were able to wait at the right place while eating our now soggy breakfasts.

3. The tour was unexpectedly bilingual.

Once we got on the bus, we met our tour guide Priscilla and our driver Mark. Priscilla said she’d be alternating between Spanish and English throughout the tour.

This hadn’t been mentioned in the tour description or the booking voucher. In fact, both had specified “Tour in English.”

While I don’t mind bilingual tours, it was shady how they kept this from their customers. I’m sure some would have chosen a different tour if they’d known. Single-language tours often flow better and involve more detailed storytelling and information.

4. The Oxford walking tour was disappointing.

Priscilla took us on a walking tour of Oxford. Herding us through the streets, she described each landmark quickly and efficiently. It seemed like she’d memorized everything verbatim and was working off a mental checklist. 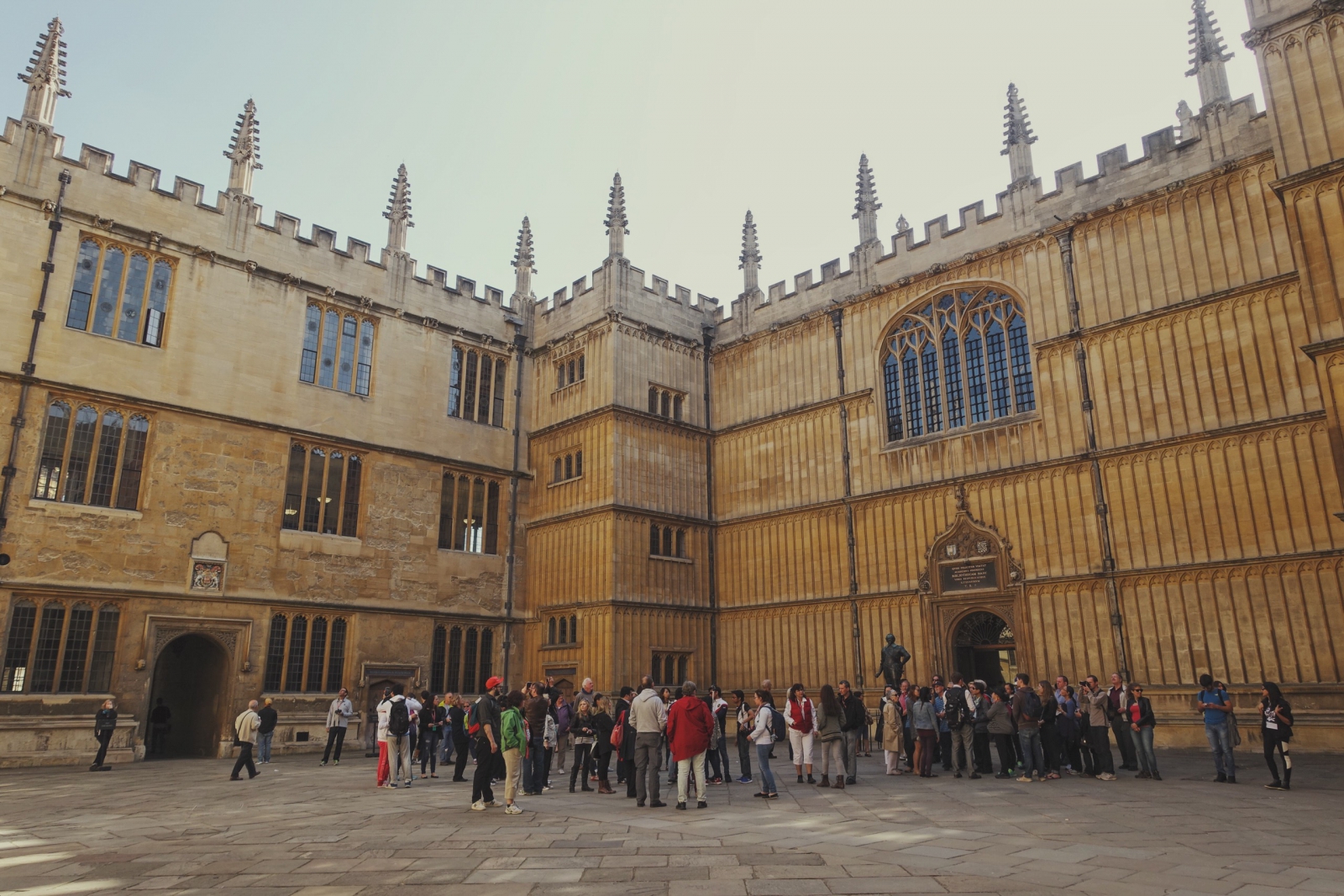 We walked as she talked, barely taking time to absorb our surroundings. She was halfway done talking about each area before those in the back of the group had even seen it. I ended up tuning out most of what she said and didn’t learn much.

The most disappointing part was this: The tour description said that the walking tour would let you to admire Christ Church College, the Bodleian Library, and the Sheldonian Theatre. They didn’t mention this would be all from outside. We didn’t get to see the inside of any of these buildings.

5. The entire trip was rushed.

In total, we got 3.5 hours of actual sightseeing in a day trip advertised as 9.5 hours long. We spent most of our time driving and waiting in line.

We didn’t get the most out of the admission fees we paid. We only experienced around 30% of what Windsor Castle and Stonehenge had to offer.

N- and I started getting hungry at around 3:00 PM in Stonehenge. We hadn’t eaten since breakfast at 8:30 AM. We thought for sure we’d be given time for a late lunch in Oxford.

When we arrived, Priscilla launched right into her walking monologue. Our stomachs were rumbling by the time she finished. We were then given half an hour of free time, which we spent finding a restaurant, going to the restroom, and buying takeout.

We went back to the bus. It was 5:30 PM by now. We ate our burgers while waiting for the rest of the passengers to arrive. Many others were also eating.

Our driver, who was talking to someone in front, made some pointed comments about the smell of food stinking up the bus. After not giving us the chance to eat the entire day, they really should have let us eat on the bus. We had to rush that too.

While I loved the places we visited, I don’t recommend this particular tour. What I would suggest is not to take a tour at all. See if you can visit Windsor Castle, Stonehenge, and Oxford independently by train or car. If you want to go on a day trip, choose only two to visit so you aren’t in too much of a rush.

If you have the time, a better option would be to take two separate day trips combined with Bath. Bath is a city well known for its hot springs, Georgian architecture, and the Roman Baths museum. In this case, visit Windsor Castle and Oxford on one day, then visit Bath and Stonehenge on another.