N- and I went on a day trip to Windsor Castle, Stonehenge, and Oxford. Out of the group tours I found going to Stonehenge from London, this one went to only three destinations as opposed to a rushed four or five.

Our first stop was Windsor Castle, the oldest and largest inhabited castle in the world. 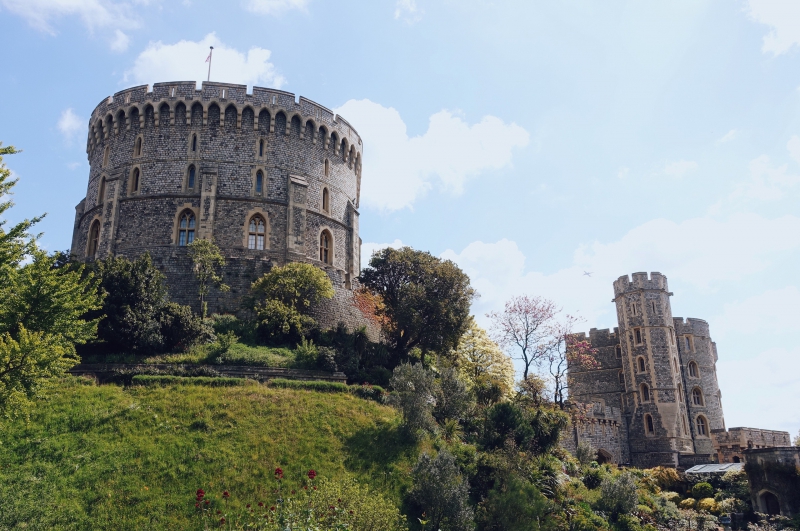 British monarchs have called this castle home for almost 1,000 years. It’s been changed and refurbished over time—strengthened against uprising in times of war, and made into a palatial residence in times of peace.

Today, Windsor Castle is an official residence of the Queen. She spends most of her private weekends here. She also officially lives here for a month over Easter and a week in June.

As a working royal palace, the castle is home to about 150 people. It’s often used for state visits and other occasions. It’s also a popular tourist attraction.

Many parts of the castle are open to the public:

We only had enough time to see the precincts and the State Apartments. After going through airport-level security at the gates and picking up our audio guides, we were free to wander on our own.

The precincts were crowded and chaotic. We briefly watched some royal guards in formation. 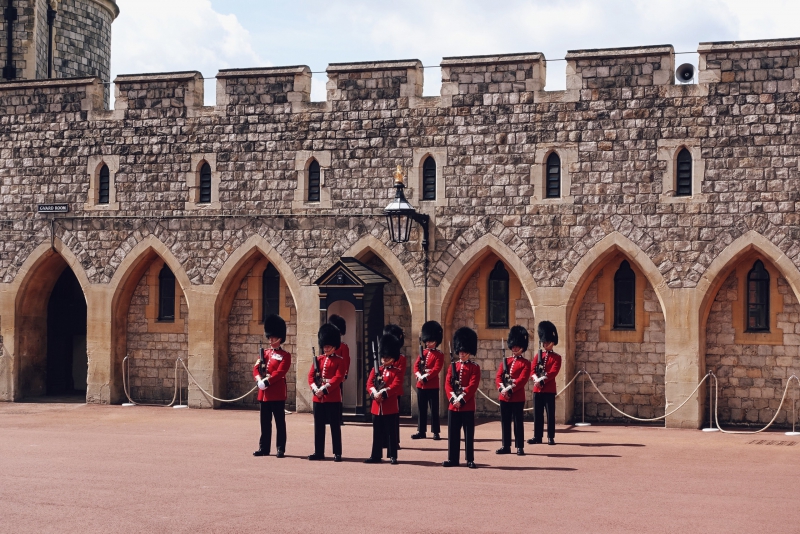 In the State Apartments, we strolled through several reception rooms containing priceless furniture, carvings, paintings, and tapestries. They also had a good collection of weapons and armor.

Note that photography isn’t allowed inside the State Apartments.

I’d considered Stonehenge a must-see while planning this trip, if only because of the many theories that surrounded it. Still, with my limited knowledge of it, I’d wondered if it was really worthwhile to visit what was essentially a bunch of rocks.

It turns out that Stonehenge rocks.

As we stepped out of the bus, we were greeted by grassy fields with yellow flowers as far as the eye could see. 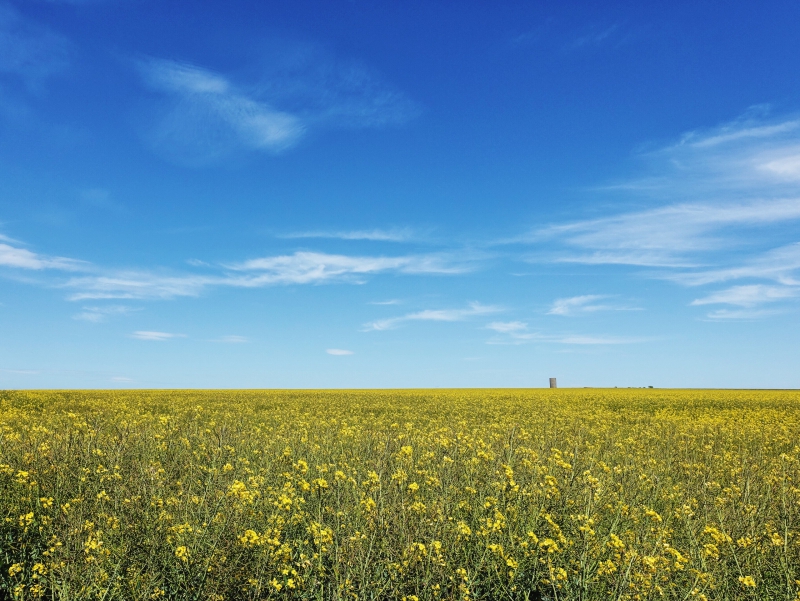 The Stonehenge landscape was beautiful and calming. With its gently flowing curves and its palette of green and blue, it was intriguing to think that this place held millennia of history. 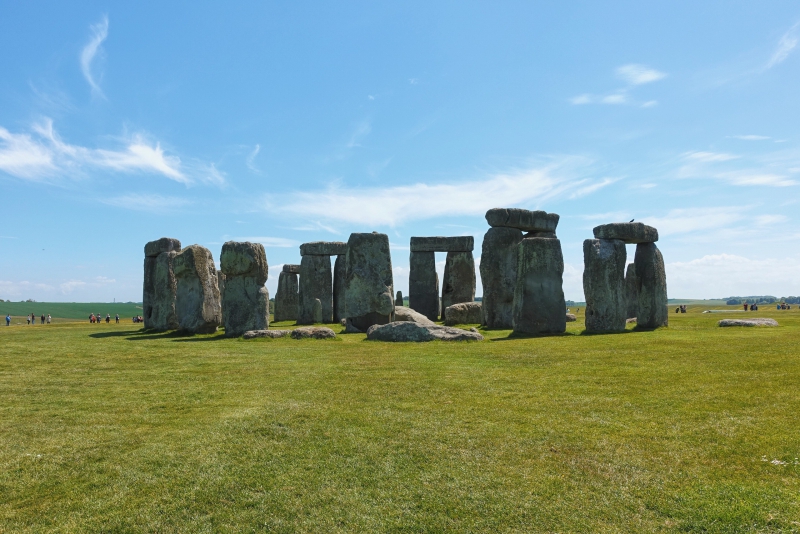 We explored the Stone Circle and its surrounding prehistoric monuments.  The audio guide was so interesting that we continued listening to it on the bus while waiting for the other passengers to return. 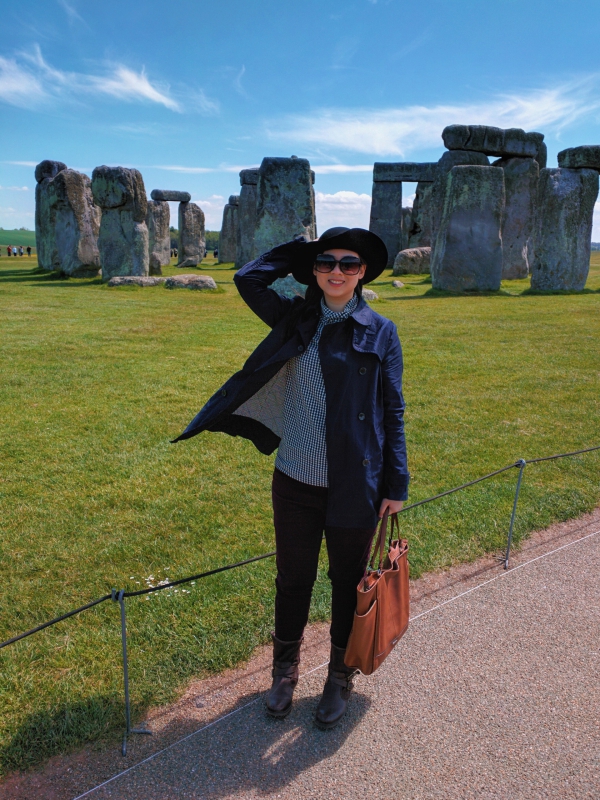 There are several theories about Stonehenge’s origin and purpose. It may have been a coronation area for Danish kings, a Druid temple, a tool used to predict solar events and eclipses, a place of worship, or a healing center. The most accepted theory, however, is that it was a temple built to be aligned with solar movements.

It was a marvel to see this iconic monument. 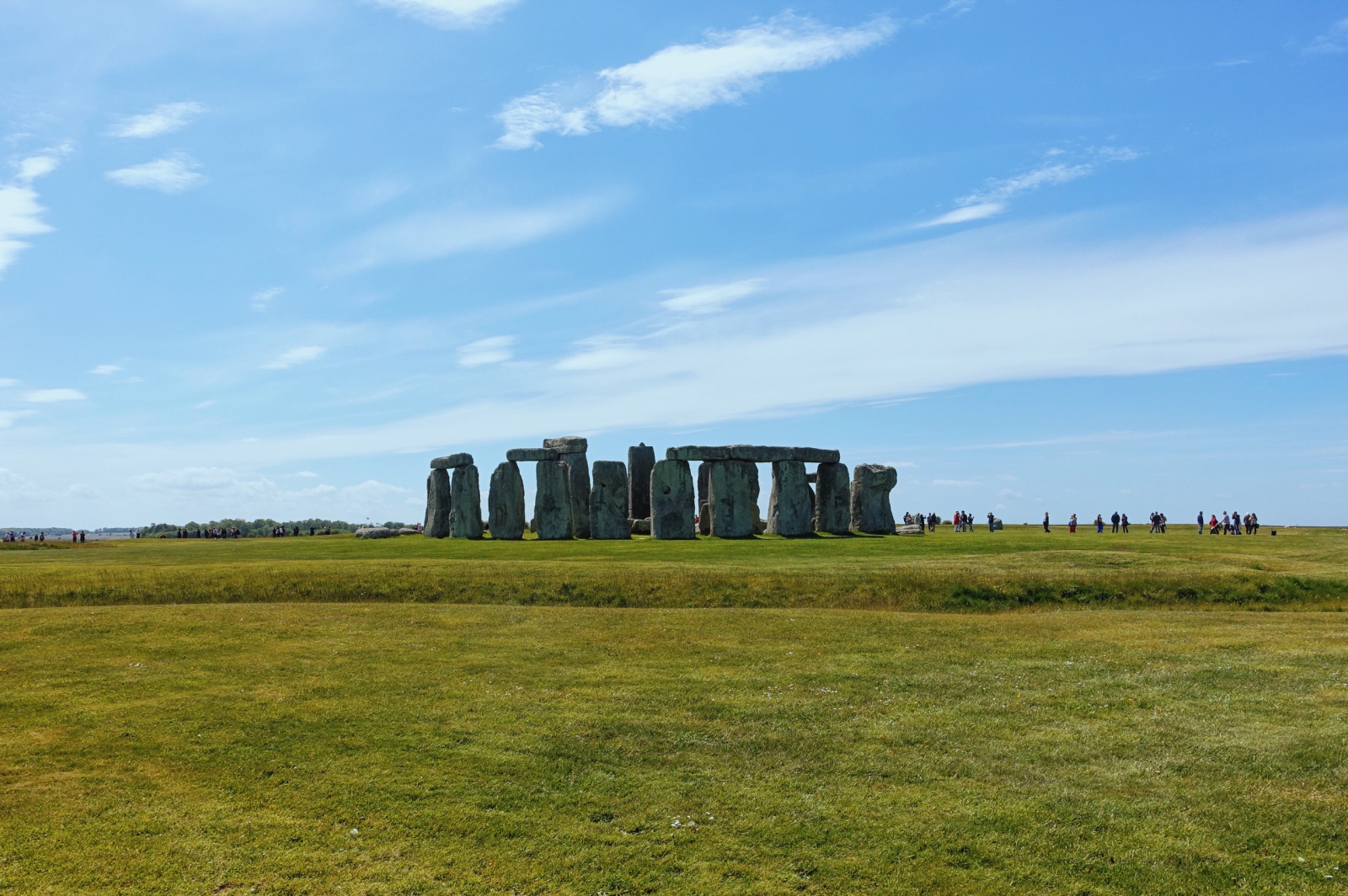 There’s more to Stonehenge than the Stone Circle. See the section below to make the most of your visit.

Things to Do in Stonehenge

The Stonehenge and Avebury World Heritage Site is comprised of several prehistoric monuments with the Stone Circle as its centerpiece. A full visit to Stonehenge includes the following:

Stone Circle — An engineering masterpiece and the most popular sight in Stonehenge. Building it likely took much effort and organization from hundreds of people using simple tools.

Ancient Landscape — Various prehistoric monuments in the area. You can explore the landscape by walking or taking the visitor shuttle.

Neolithic Houses — Reproductions of neolithic houses that let you imagine how people lived 4,500 years ago. They were built using authentic materials and techniques based on evidence found in nearby dwellings. You can also watch demonstrations of ancient domestic skills such as making rope out of rushes and grinding grain.

“Standing in the Stones” — An audiovisual 360-degree presentation that shows you what it’s like to stand in the middle of Stonehenge during the winter and summer solstice.

Oxford, the “city of dreaming spires,” is a fast-growing and ethnically diverse city whose buildings demonstrate various English architectural periods. It’s home to the University of Oxford, which is known not only for its academia but also for its beauty and history. It’s also the oldest university in the English-speaking world. 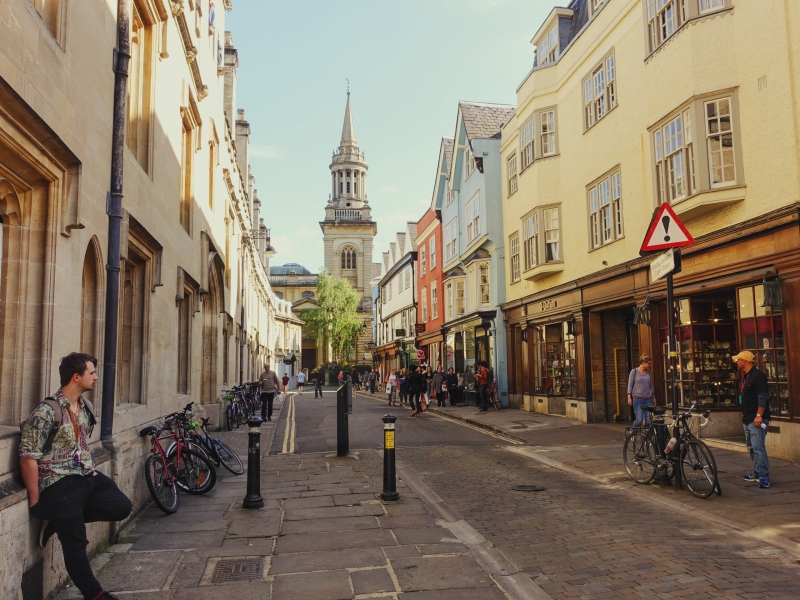 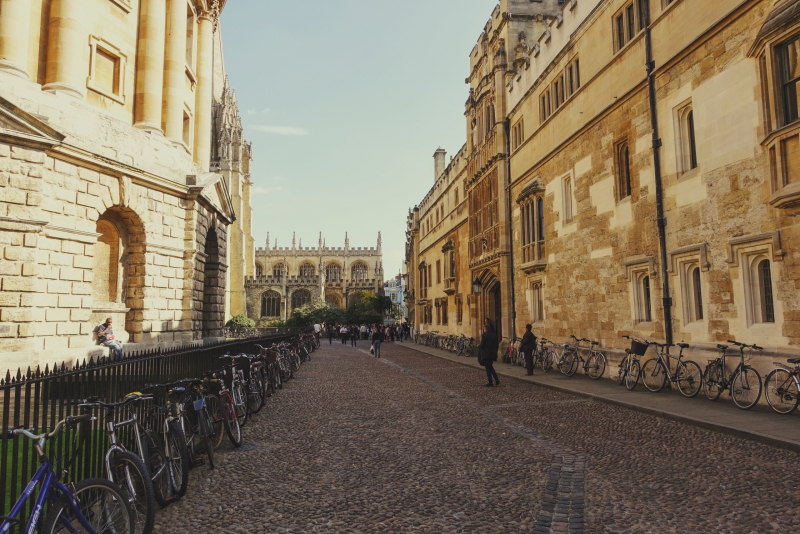 As a lover of literature, I was particularly excited to see the city that Oscar Wilde, Lewis Carroll, C.S. Lewis, and J.R.R. Tolkien used to call home. Plus, parts of Harry Potter were filmed inside Christ Church and the Bodleian Library in the university.

Our guide took us on a rushed walking tour of Oxford. I was disappointed that she didn’t take us inside any of the buildings, as the tour description implied.

I enjoyed the cobbled streets, bicyclists, and historic buildings of Oxford, though—and would love to go back to explore more.

All three of the places we visited were interesting and worth going to. Visit Windsor Castle if you’re curious about castles, palaces, or anything to do with royalty. Visit Stonehenge if you want to learn more about prehistoric England and love a good audio guide. Visit Oxford if you love literature, the Harry Potter films, or a good old English university town.

I wouldn’t recommend the particular tour we took, though. Click here for my review. I suggest going to these places independently by train or car for a better experience. 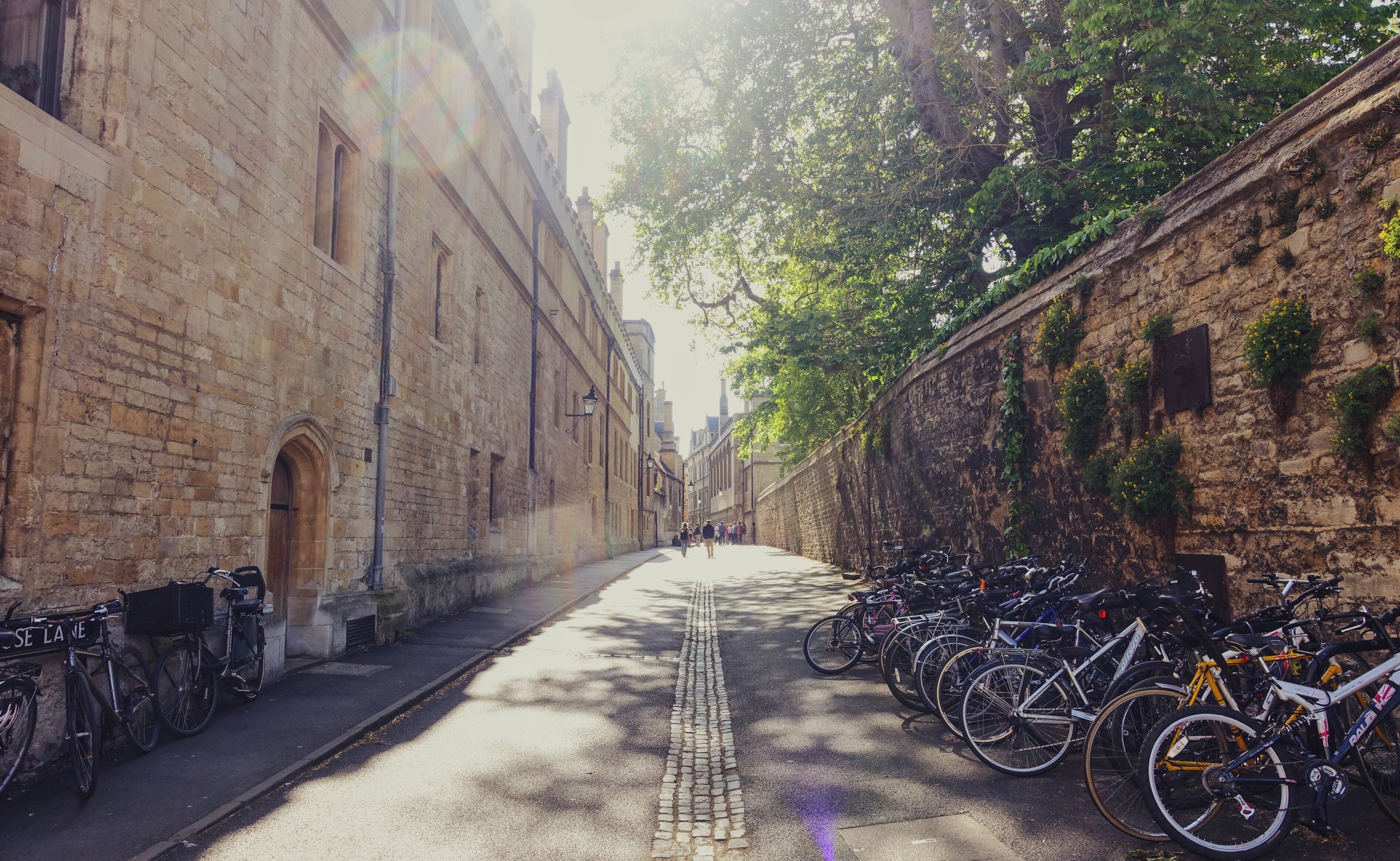