“They’ll be here tomorrow,” he said.

This customer service agent had the insouciant air of someone who believed he was being paid to sit behind a counter—and nothing more. His facial expression and shoulders were shaped in a permanent shrug.

“Well, no. Depends on whether they loaded it onto the plane.”

“If they’re on the flight, what time do you think they’ll get delivered?”

He took a brochure from a stack, wrote down a reference code, and told us to call their number for updates. Then he sent us on our way.

For better or for worse, the bags we’d packed for our two-week trip were in the hands of Virgin Atlantic.

But let’s back up a bit. One day earlier, to be precise—and about five thousand miles away.

After weeks of planning, months of saving, and years of only dreaming about it, I was ready for our adventure in the United Kingdom. The Big Ben, the red phone booths, fish and chips, tea and crumpets, and experiencing all of it with N-… I couldn’t wait.

We rode to the airport on Friday afternoon. This was the flight plan:

But things didn’t go exactly according to plan. 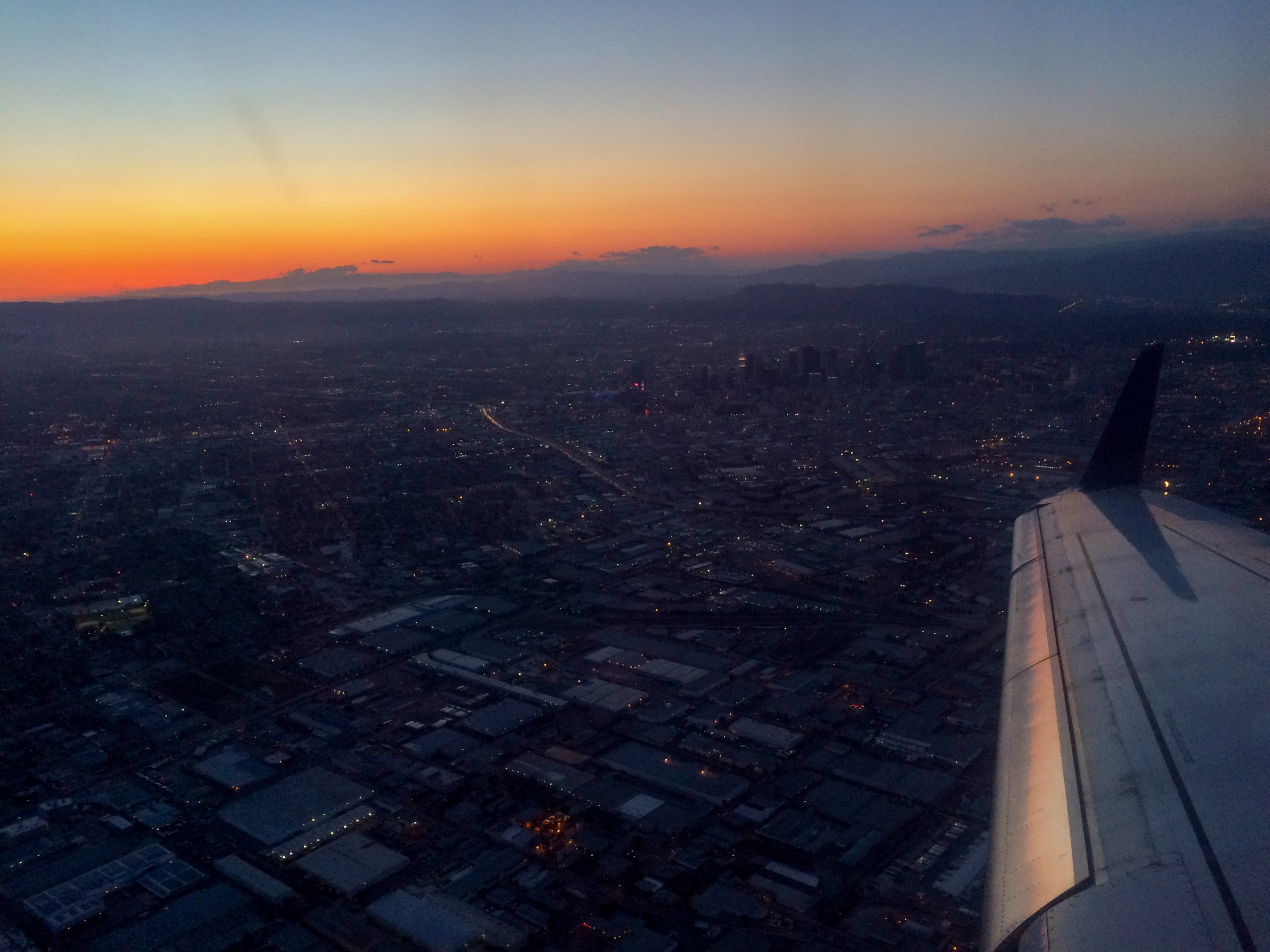 Once we got to LAX, we had to switch terminals. We dashed to the shuttle stop, took the shuttle to the right terminal, went through security, and hurried to our gate. It was like the Amazing Race. The non-amazing version. But we made it to the gate in time.

When we had finally boarded, we checked the online bag tracker again, but it offered no additional information. I thought it might be a good idea to ask a flight attendant about it. But by that time, we were getting ready for takeoff, so we just let it be and hoped for the best. 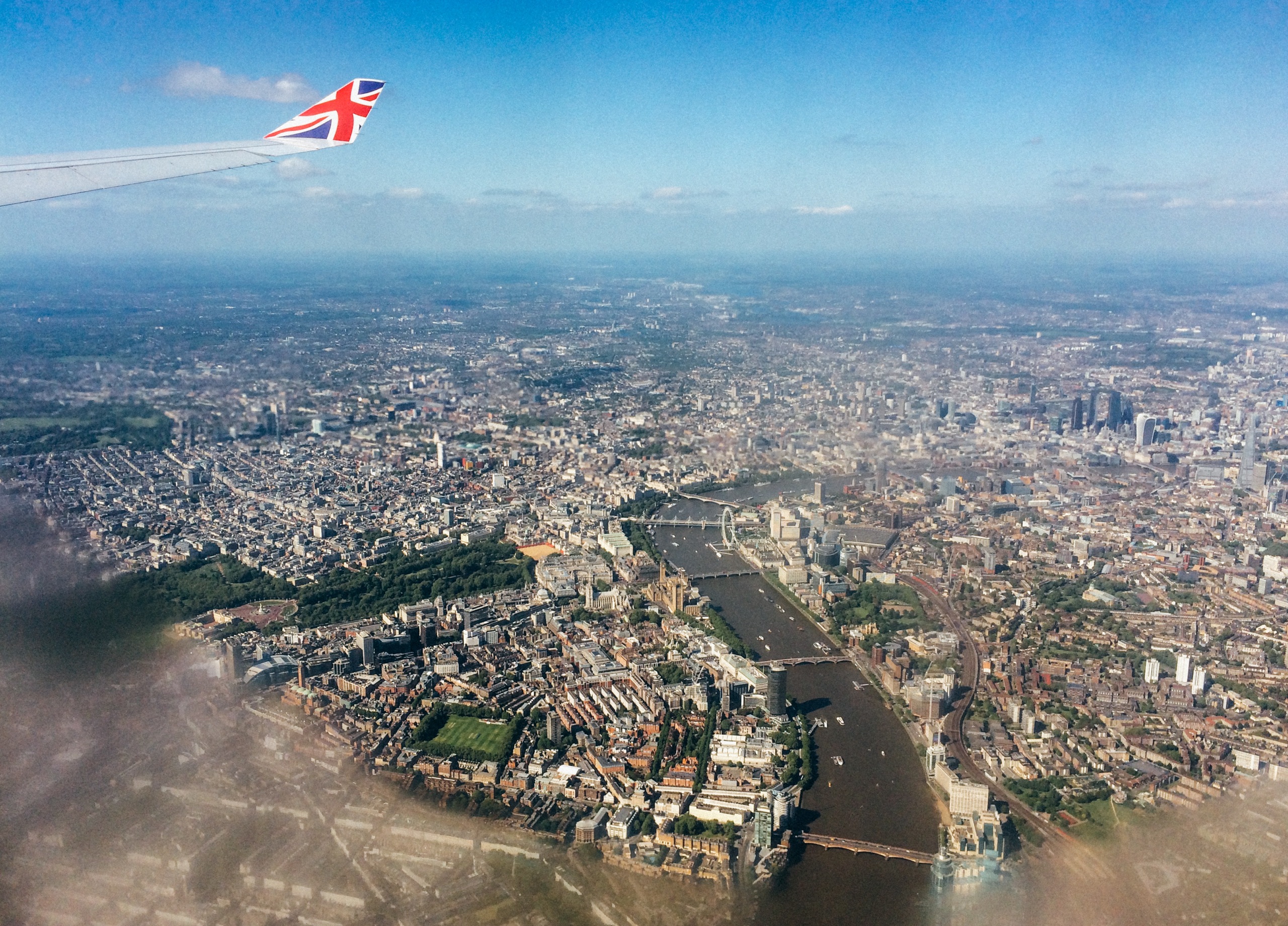 After a transatlantic flight, a long immigration line, and seeing everyone else’s luggage, we ended up staring at an empty baggage carousel, its constant movement alternately bringing hope and disappointment.

We went to the help desk, which had an actual person this time. The agent, as I’ve mentioned, graciously took the time to assure us that he had no idea what had happened, what was happening, or what was going to happen.

As he dismissed us, I looked down at my carry-on bag and wondered what treasures lay inside. I’d transferred a few things here from my checked bag in order to stay within the weight limit. I didn’t remember what those things were, but for now, they were what I had.

All checked in at our Airbnb apartment, I opened my carry-on bag.

If you take away anything from this blog post, let it be this:

Given the choice of three things to pack into your carry-on while your actual luggage is nowhere to be found, I do not recommend innerwear, pajamas, and towels.

Aside from my medicine kit and electronics, that was all I had.

In May, on average, London runs from 10 to 18°C (50 to 65°F) with a 54% chance of rain. An umbrella would be easy to get, but I had none of my coats or scarves. As for clothes I could go out in, I only had the clothes on my back—a T-shirt, light sweater, light down jacket, leggings, and boots.

Yes, I said leggings. They’re comfortable, okay? This was the perfect airplane outfit.

I wore this outfit for four days in a row.

N- was missing a few items himself, but at least he had all his going-out shirts.

Thankfully, we’d chosen an apartment with a washer/dryer, knowing we’d have to do laundry before leaving London. This was convenient, given that we now had to wash our clothes at night.

For the next two days, we called the airline frequently for updates and spent large amounts of time on hold. The strange thing was that they never gave us any definite answers—only excuses and conflicting information. One agent said the bags had come in on the flight we were on, after all. The next agent said they were still in the US.

One of the conversations went as follows. This was when N-’s bag had already come in, but mine hadn’t.

Me: Where’s my bag?
Rep: It should have come in on the [new] flight.
Me: Can you tell me whether it really came in or not?
Rep: When it comes in, it goes through customs. Customs releases bags in 2 to 6 hours. We won’t know if it arrived until they release it.
Me: Could you possibly ask your people in LA whether they loaded the luggage?
Rep: The LA office is closed right now. It opens in 2 hours.
Me: When it opens in 2 hours, can you call them and find out?
Rep: Customs will have released it by then.
Me: Didn’t you say Customs could take 6 hours to release it?
Rep: It’s rare for them to take that long.

The quality of our conversations was appalling.

When we weren’t on the phone, we did our best to stick to our plans and enjoy the city—but of course this was always on the back of our minds. 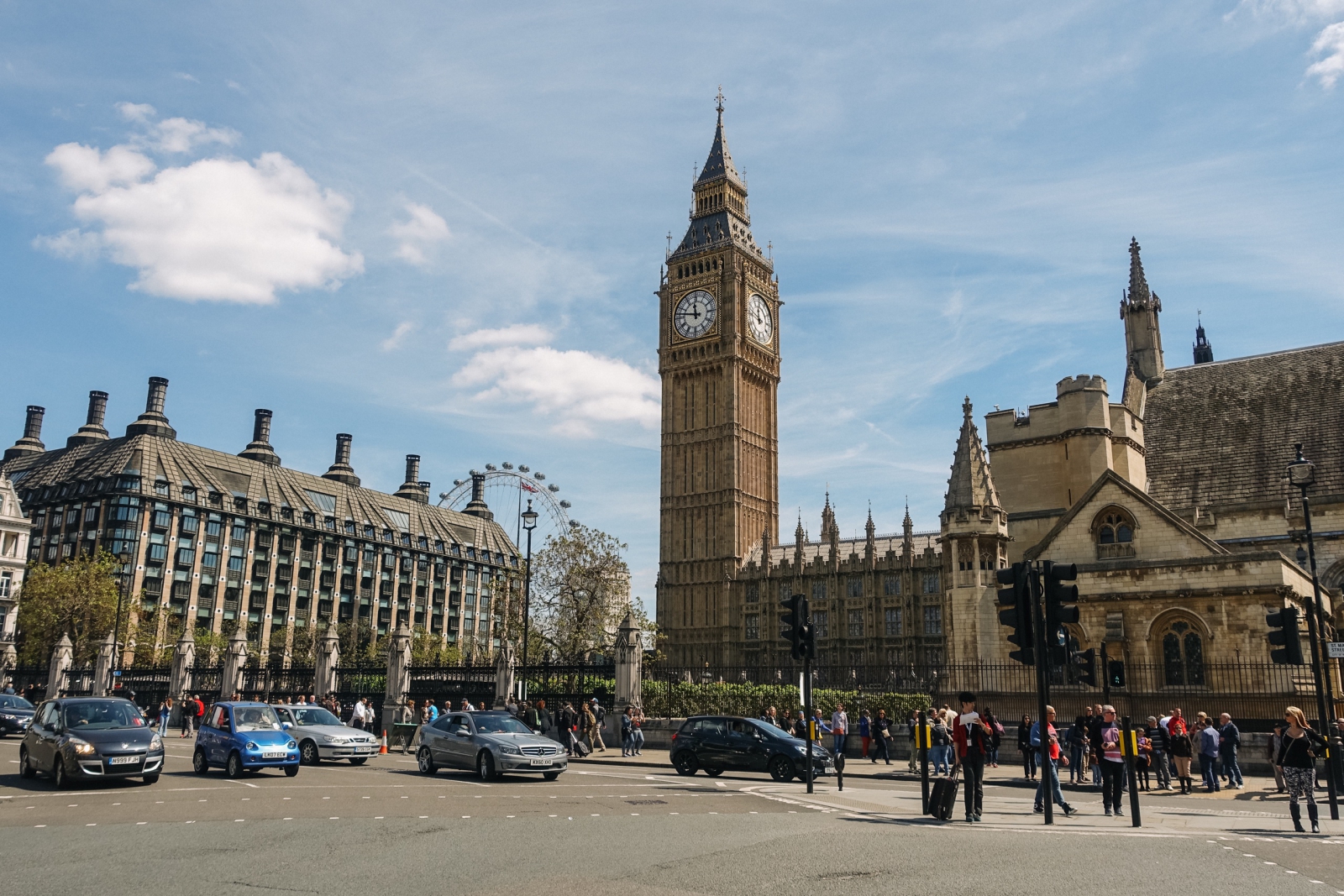 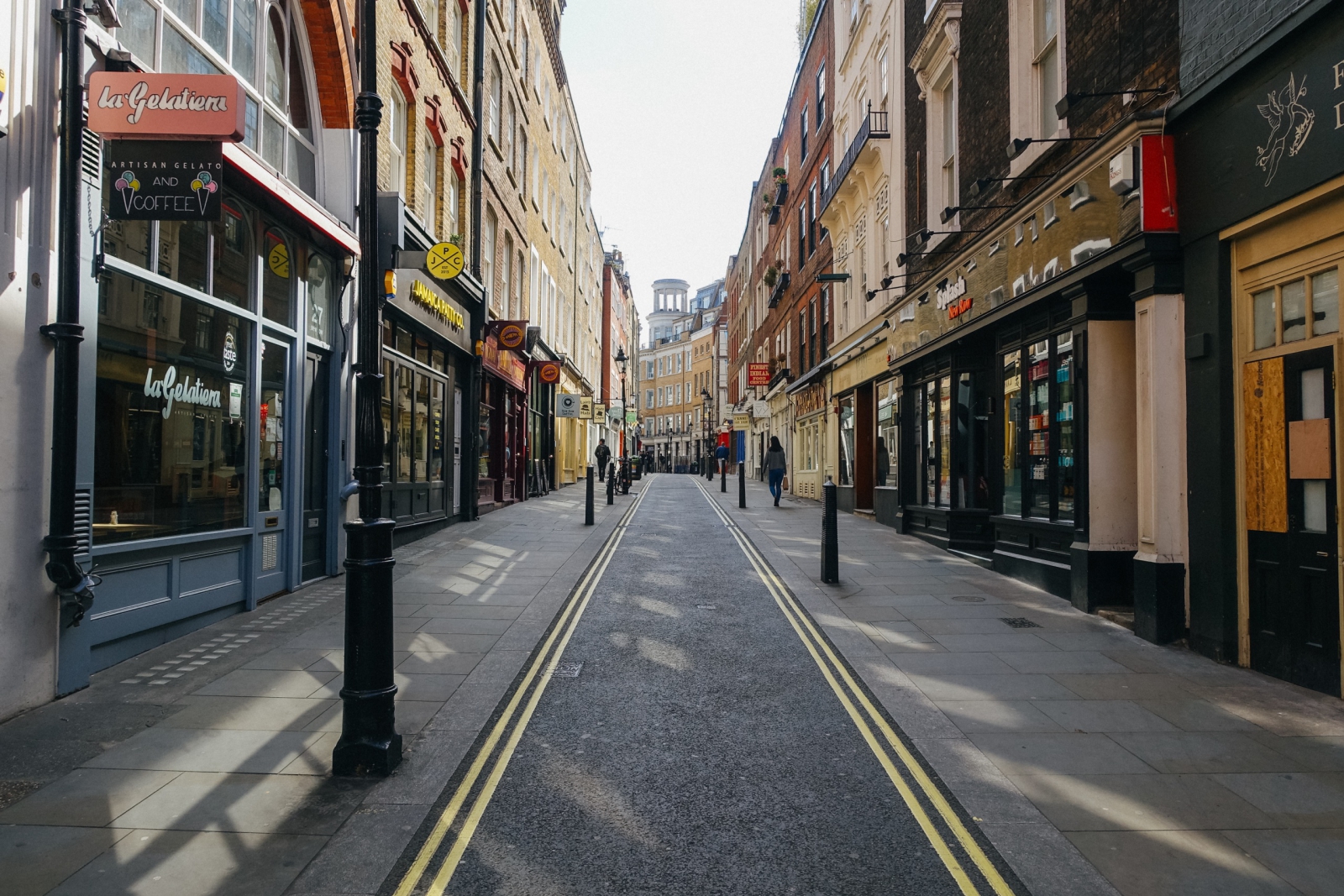 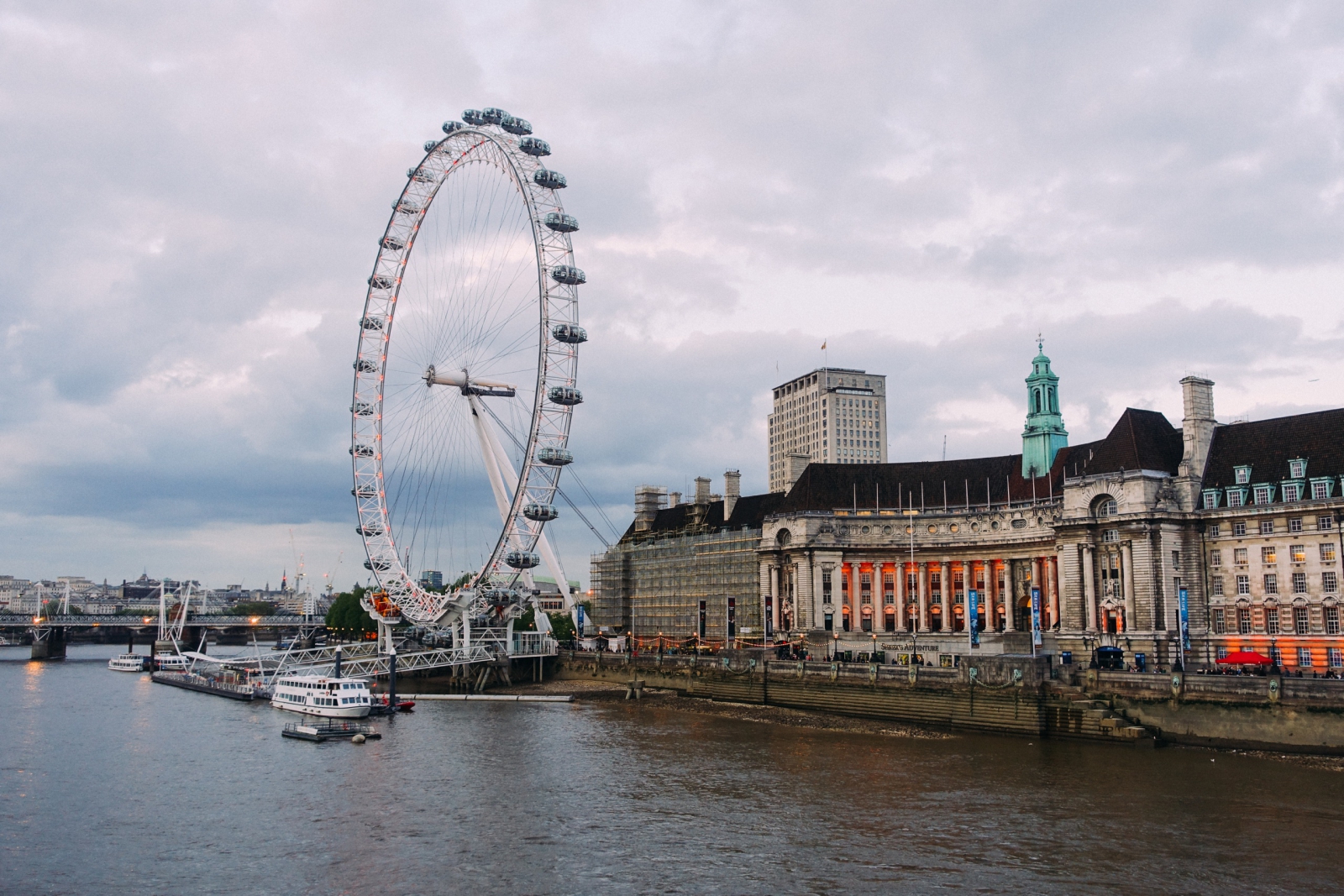 This was the first time something like this happened to me, and I suspect it won’t be the last. Luggage mishaps seem to be fairly common on flights to or from the US, especially those with connections. It can happen to anyone—and it helps to be prepared. Here’s what I learned:

Don’t let it ruin your trip. Lost luggage is far from the worst thing that can happen when you travel.

In the grand scheme of things, this wasn’t that bad. We hadn’t packed anything irreplaceable, and we were reasonably confident the bags weren’t gone forever. The airline’s lack of concern frustrated us more than the fact that they lost our luggage in the first place.

We were still on vacation—in the United Kingdom for the first time. Lost bags can’t take away from that.

Here’s a tip, though: Never pack anything highly valuable into your checked bags.

Bring a carry-on. pack it wisely.

Packing my things by category was a mistake, as it left me with mostly non-essential items.

Here are good things to have in your carry-on:

Also, bring or wear the shoes you’re planning to wear for most of the trip. I wore my boots to the airport to stay under the weight limit. This turned out to be a good decision. 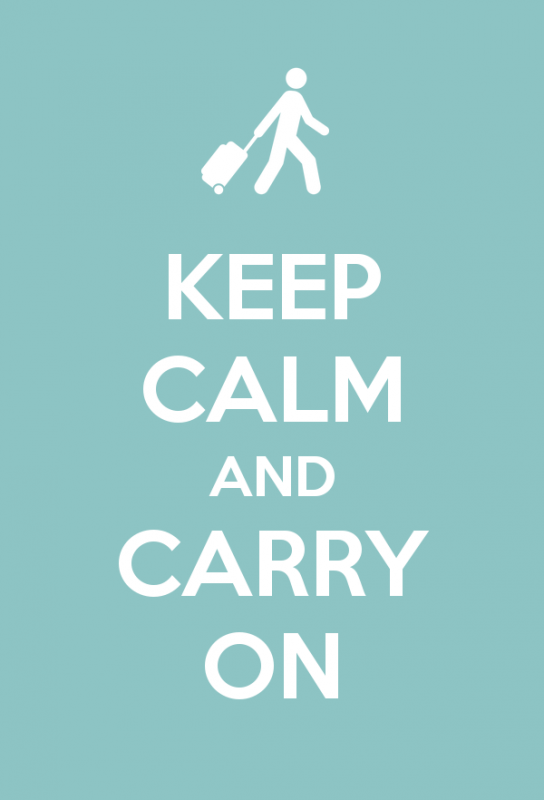 We had travel insurance, although we didn’t end up filing a claim. The amount we stood to be reimbursed for expenses wasn’t worth the hours of paperwork, at least one month of waiting, and maybe a few more days or weeks of follow-up.

Nevertheless, having travel insurance gave us peace of mind. It’s a must for any international trip—not just for baggage loss or delay, but more importantly for medical emergencies.

Be proactive and relentless.

Call the airline every few hours for updates. Don’t trust these people to call you themselves. If we hadn’t called constantly, we might have gotten our bags, oh, I don’t know, when we got back to San Francisco, with some lame excuse like “You were never in your apartment when we delivered it,” without us ever knowing they’d been released.

Place your contact information somewhere on your luggage, or update it if you haven’t done so in a long time.

On Sunday night, we called the airline for the last time. They said they’d released our bags to the delivery company, which was closed for the day.

Monday morning was cold and pouring. We were walking down the street when my call to CityBags finally got through. They had our bags and were going to deliver them—but they couldn’t tell us exactly when.

Because as tourists in London, we were just going to stay in our apartment all day waiting for them, right?

They agreed to let us pick up our bags, and we dropped our morning plans to do so. We took an hour-long Uber ride to get to their office near Heathrow.

And we were finally reunited with our luggage.

I’d never been so happy to see my purple suitcase. 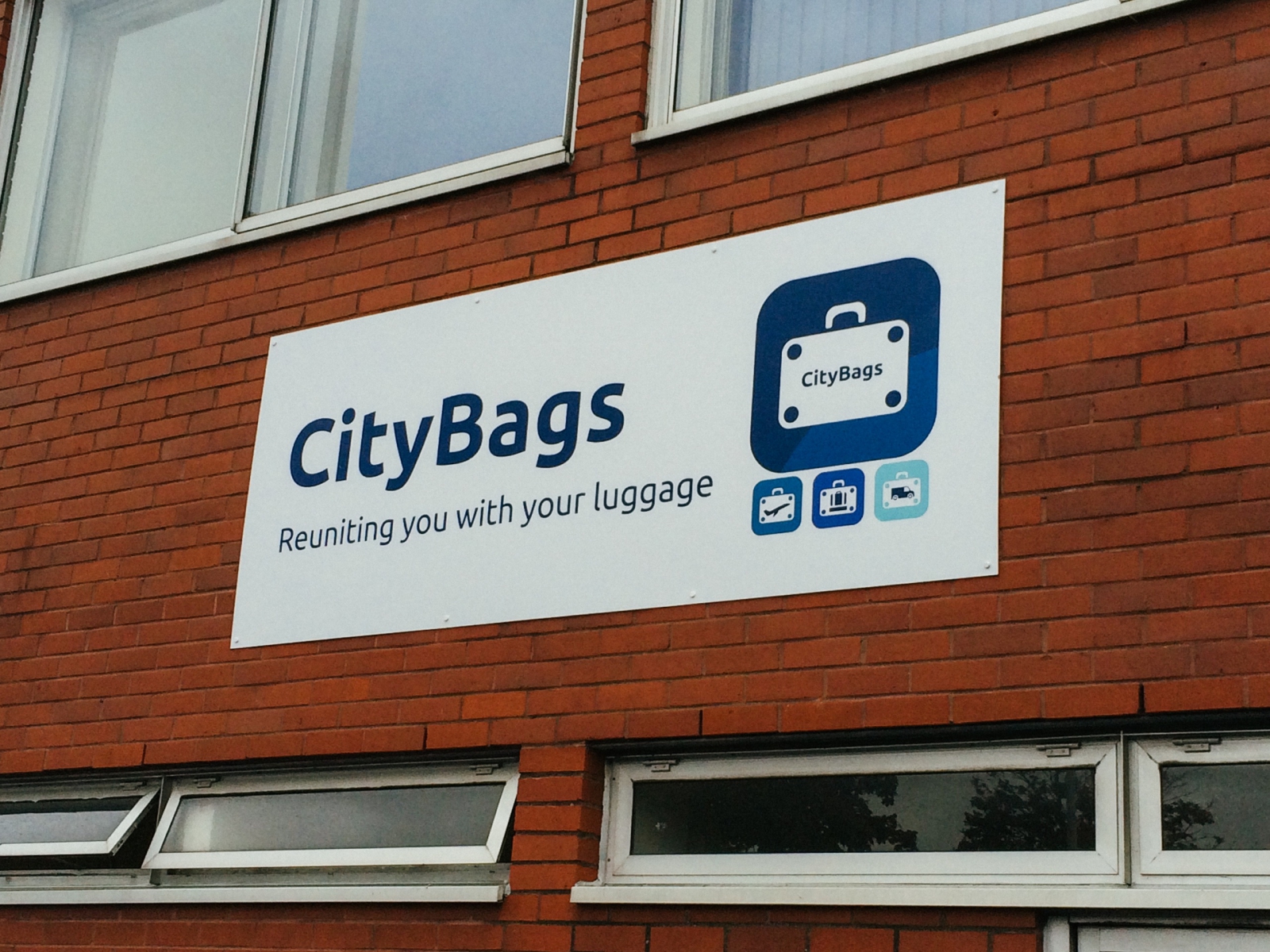 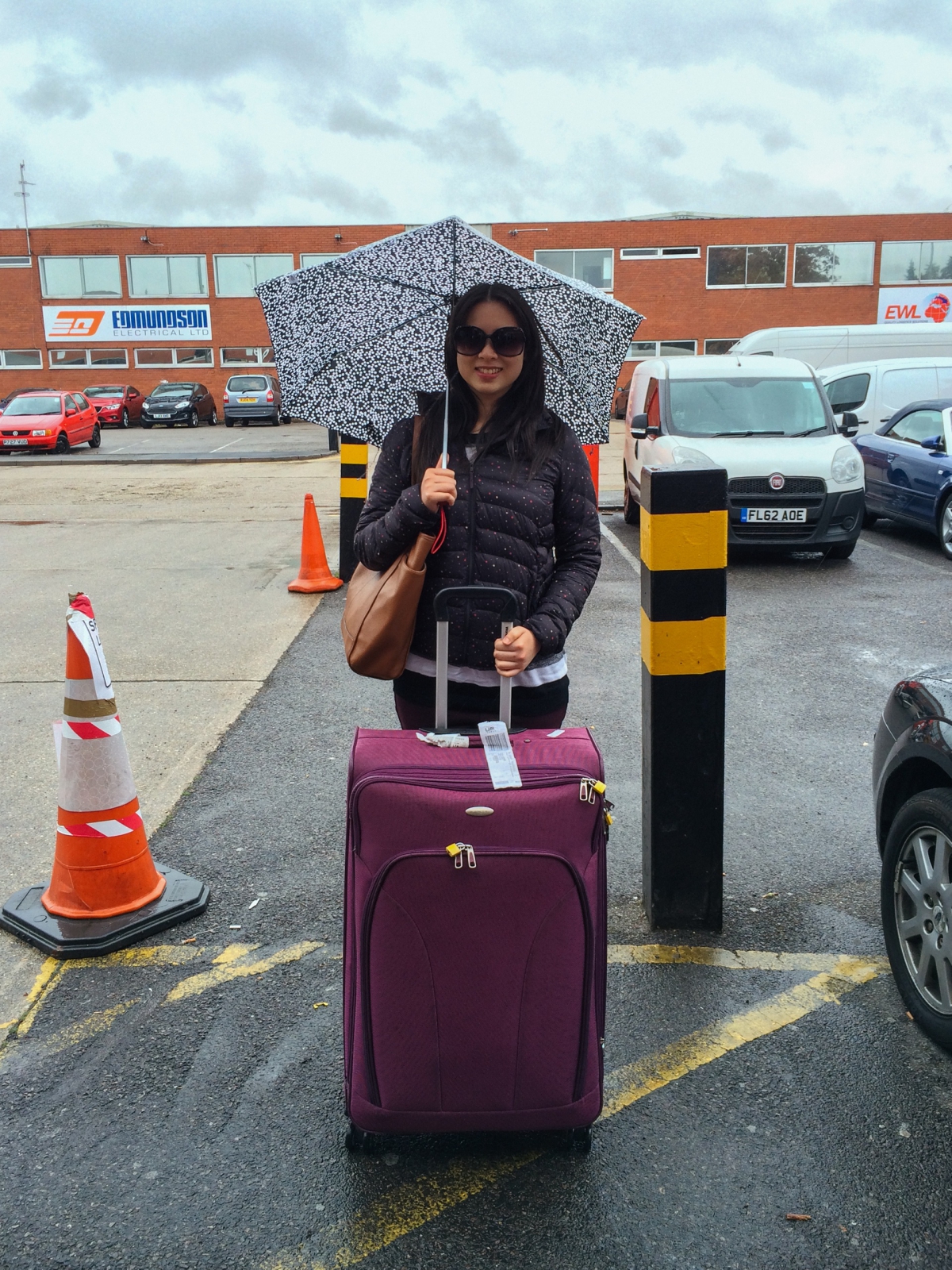 We took an hour-and-a-half-long Uber ride back to our neighborhood. The driver dropped us off a few blocks from the apartment, and we hauled our bags through the wind and rain to get there. We (well, N-) heaved our bags up the stairs, and we got into our apartment and shut the door behind us and flopped down on the sofa and sighed in relief.

I checked the contents of my suitcase. Everything was there—my clothes, my toiletries, my glorious coats and scarves.

Now we could concentrate on what we really came to London for: exploring the city and having fun.

The rest of the day went splendidly—but that’s a subject for another post.